When promotions company Bergman Brand needed to simplify employee gifting for their customers, Aptitude 8 built smart automations to save time and improve conversions. 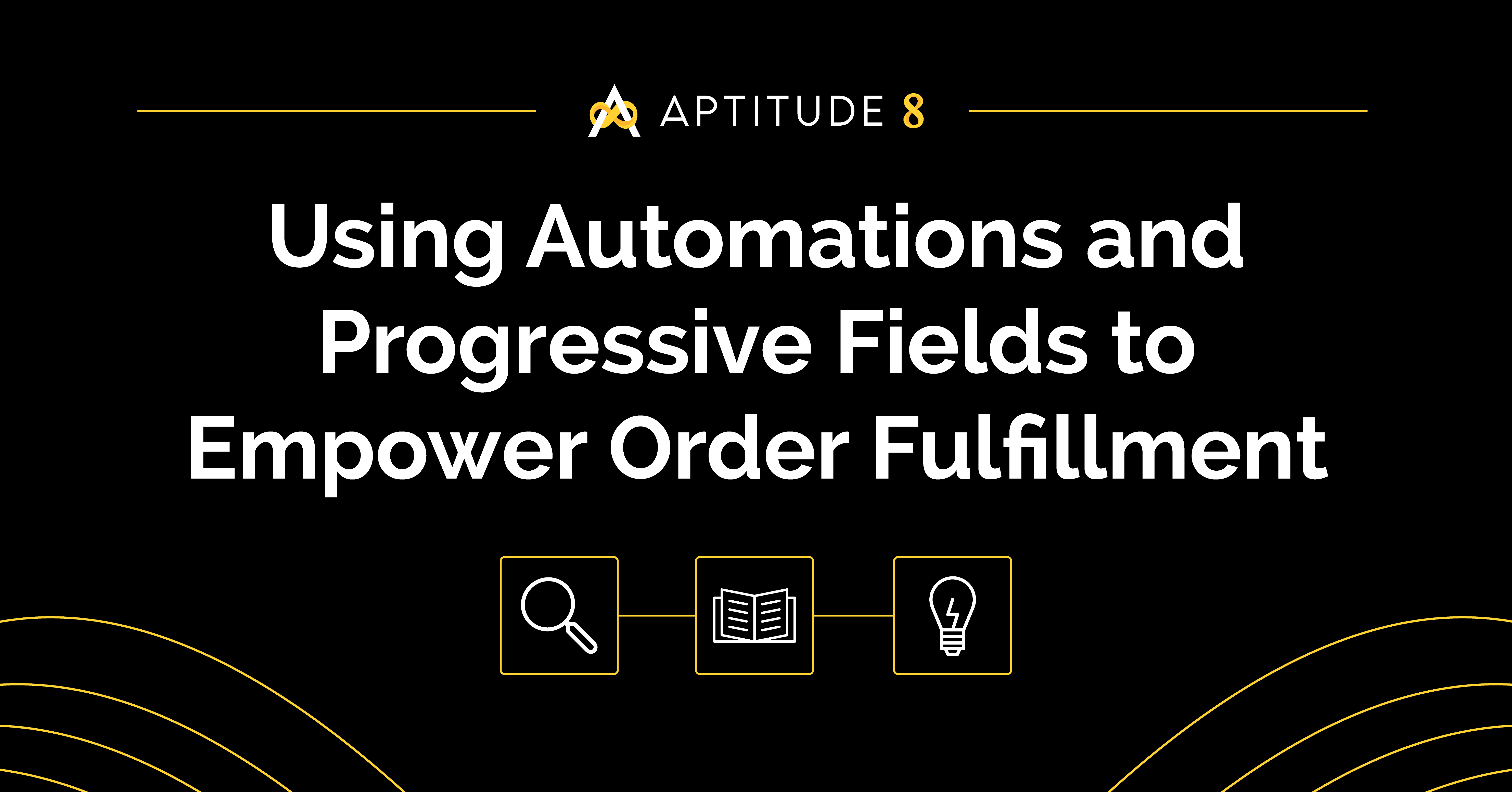 Bergman Brand is a consultative promotions and branding company that has been in business across 5 generations since 1888. They don’t just add your logo to things; instead, they listen to their customers and find clever solutions to branding and marketing problems. Bergman Brand doesn’t take themselves too seriously, but when it comes to customer needs, they always step up to the task.

Bergman Brand’s customers often want to provide branded items to their employees. With employees working remotely due to COVID-19, businesses needed to find where to send items to as well as let their teams choose the items they wanted.

Because Bergman Brand offers a range of choices to its customers, a single employee t-shirt gift could result in needing to know their preferred gender for clothing, size, color, and logo. Meanwhile, employers struggled with getting their teams to claim their gift and wanted Bergman Brand to send more reminders that employees would respond to - without pestering the ones who already claimed their gifts.

The final product we built for Bergman Brand to sell and maintain their gifting program uses almost every piece of the HubSpot Marketing Hub system.

First, we built easily clonable lists to manage enrolled and gift claimed employees. Then, Bergman Brand would just build properties (or re-use previously created ones) for the gift options, such as color, size, or item choice.

The ability to choose the right gift is supported by robust HubSpot forms. We used dependencies to ensure that each employee would get the correct gift. For example, if under “T-Shirt style” they chose V-Neck, the next field would ask for “Gender,” then a final field for “Size.” One completed, the “Claimed” list with these properties could be exported and imported into their order fulfillment program.

Once the lists and form is built, the team would clone a landing page that we developed for them. They can replace the company’s logo, update description text from the client, and replace the items available for the end user to choose from.

Next up, a simple email is created to include a message from the employer with a link to the landing page for their employees to claim their gift. This is cloned and tweaked for reminder emails.

The final step in the gifting process is setting up automations. Workflows moved people who completed the form into the “Claimed” list, while “Enrolled” people would continue to get notifications. We used automations to send reminder emails and text messages to the employees, suppressing those in the Claimed list. Additionally, if someone completed the form who was not on the Enrolled list, they would be excluded from the Claimed list, thus preventing the link from being shared to non-employees.

The gifting project is a great example of what Marketing Hub can do when all the pieces are connected - including landing pages, forms, emails, and workflows. By building the base structure, the Bergman Brand team is now able to easily clone previous campaigns and make just a few tweaks to get a new one out the door. And, with automated emails and text message reminders, they drive more employees to claim gifts and can support even larger organizations - driving more revenue.

Bergman Brand chose Aptitude 8 because of our HubSpot Diamond Partner status and vast knowledge of how HubSpot’s tools and automations can work together to simplify repetitive processes. They needed a way to make their gifting programs more scalable, and we were able to deliver a repeatable and reliable solution

We're good at solving problems and would love to solve
yours.