How Aptitude 8 Helped Marq Save $77,000 By Switching To HubSpot

Marq Migrates From Salesforce, Marketo, & Others to HubSpot 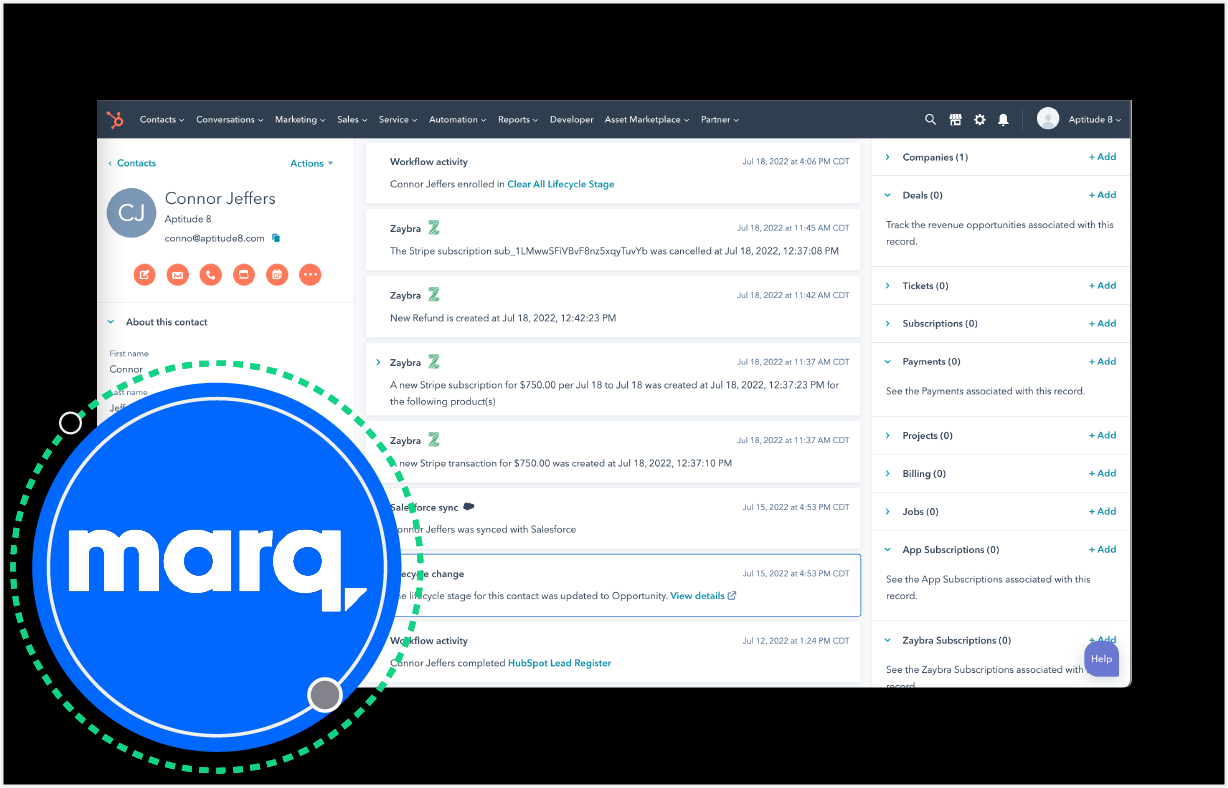 When Marq was acquired by a private equity firm, it had to choose between cloning its parent company’s existing tech stack or starting over with its own solution.

Whichever route it chose, the Marq team would have only 90 days to implement—because nothing could be done until the acquisition was announced.

The parent company’s existing tech stack consisted of Salesforce, Marketo, Zendesk, Workato, Tableau, Outreach, Groove, Chorus, and other tools, and required eight FTEs to administer it. Chandler Shipley, Director of Sales Strategy and Operations at Marq, worried that Marq wouldn’t have the resources to support the complex tech stack on its own.

The existing tech stack also came with some inherent limits, forcing David and his team to bend the business to comply with system limitations versus tailoring the system to match their business needs. For example, the team had to routinely delete records to keep their database costs manageable.

Furthermore, David needed the ability to integrate product data with sales, marketing, and service—a capability that would require customization in whatever solution they chose. Another long-standing issue with the existing tools was customer quoting.

David and Chandler met with a number of outside consultants with limited success until they found Aptitude 8, an Elite HubSpot Solutions Partner.

Aptitude 8 listened to David, Chandler, and their teams to help them outline priorities and give an unbiased perspective on Salesforce and HubSpot CRM. Ultimately, Marq chose to implement the full HubSpot CRM platform, including Sales Hub Enterprise, Marketing Hub Enterprise, Service Hub Enterprise, Operations Hub Professional, and CMS Hub Professional. Today, Marq has 25 Sales Hub users, five Service Hub users, and several Marketing Hub users. Marq was able to do their own training, not requiring assistance from Aptitude 8, because the teams quickly became comfortable with the HubSpot CRM platform.

With HubSpot CRM, Marq doesn’t need an eight-person team to administer its platform. Instead, department heads can make the most changes themselves because the platform is so intuitive. With sales, marketing, and service consolidated on the HubSpot CRM platform, all teams have visibility across all functions.

With the assistance of Aptitude 8, Marq was able to consolidate sales, marketing, service, and operations, by its 90-day deadline. It’s also in the process of rolling out CBEs to integrate product data with sales and marketing.

David estimates that Marq has reduced its technology costs by 50% when compared to its Frankensteined tech stack of Salesforce, Marketo, Zendesk, Workato, and other tools. Marq is saving $77,000 on annual license fees alone, not to mention the costs associated with administering those tools.

Further, the sales team is working deals faster, and department heads are self-serving when changes are needed.Consequently, all the teams are working more efficiently—saving everyone a lot of time.

After interviewing countless agencies, Marq chose Aptitude 8 because of our technical HubSpot abilities. They were looking for a team that would be able to work within their time constraints, would be able to create custom solutions and had the manpower to take on such a large project.

By starting the project with our Solutions Architecture team to create a detailed process map, the Marq team was able to see exactly what we were going to build and had complete visibility into what the end result would be.

If you have a large HubSpot migration project, the Aptitude 8 team can make HubSpot work to replace most of your tech stack.

What the client says... 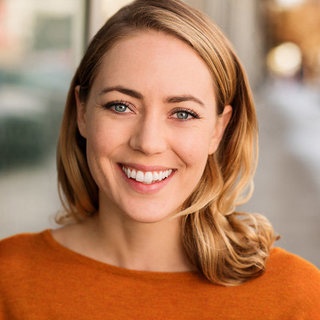 - VP of Marketing at Webflow